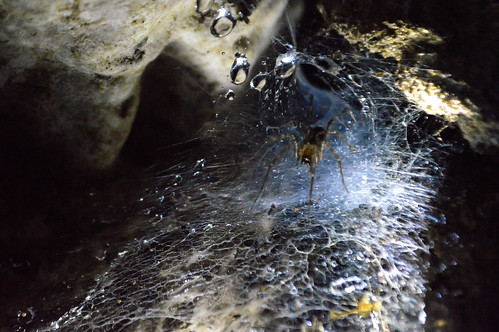 “Hey. Wait. I got a new complaint.
Forever in debt to your priceless advice.”
—Nirvana

Yesterday, I started to comment on a social-media post about moral certainty. The post posed the question whether the family that hid Anne Frank from the Nazis had sinned by lying. The implication being that ethics are situational.

My planned comment cited the story of David hiding in a cave from Saul, and God sending a spider to seal the cave. When Saul’s soldiers arrived and saw the web, they passed on, certain no one was inside.

I went looking for the Old Testament reference—and it turns out there is none. The tale is Jewish folklore, which is all well and good (I love such things), but as a Sunday School child I was taught it as Biblical history.

Here’s the thing: I didn’t attend just any Protestant church, where perhaps the inherent value of this spider story would justify it. No, I was raised at Calvary Baptist Church in Normal, IL, an Independent Baptist church so stringent in its faith that Southern Baptist seems lax by comparison. My church believed in the inerrancy of the King James Bible alone, teaching that “But when that which is perfect is come” of 1 Corinthians 13:10 referred specifically to the KJV, from which all truth must be divined.

Yet somehow, my Sunday School teachers had presented as scripture something that never actually appeared in that Bible.

I’m sure they’re burning in Hell today for that falsehood.

Because my church taught that all liars go to Hell, along with all Catholics (because they follow a false prophet), all Pentacostals (because they’re obviously demon possessed—“when that which is perfect is come,” all supernatural gifts of the Spirit pass away, no longer needed), and pretty much anyone outside the Independent Baptist movement. (I don’t exaggerate. Our church foyer held a table full of Chick tracts and similar literature condemning pretty much anything casual. “Puritanical” is frankly too weak a word to describe it.)

But here’s my real point: In my experience, almost no Protestants of any demonination—not even Evangelicals—actually read their Bible. Sure, a few verses here and there, but not the entire thing, from Genesis 1:1 to Revelation 22:21. (Certainly my old Sunday School teachers hadn’t; they just handed out Bible Story coloring book pages.)

If Protestants actually did read their Bible, they’d eventually come face-to-face with that iconoclast Jesus Christ, who rebelled against authority, confounded the teachers of his time, and ultimately led me from bondage at Calvary Baptist Church to freedom.

(If you have read your whole Bible, feel free to comment. If not, let me know when you finish.)

We Are Those Townies

Are You Proud to Be an American?

One thought on “Hey. Wait. I Got a New Complaint.”