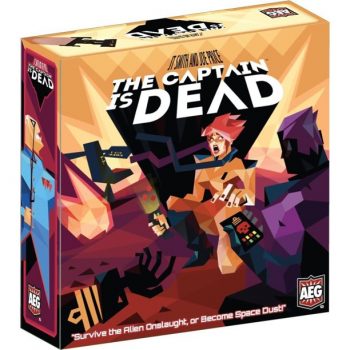 Back when they Kickstarted this thing, there was a contest for a book of short-short stories. I didn’t make the cut. 🙂

“In space, no one can hear you yawn,” I thought, as I crawled through Jeremy Tubes, checking lint traps, in the dead of the night watch.

That’s when the first impact rocked the ship, and klaxons started howling.

I heard an automatic hatch clang and seal ahead of me. Without further thought, I started scuttling assward as fast as knees and elbows could piston. I’d been locked in a Jeremy Tube during an emergency before. The power fluctuations had felt like biting insects in every orifice. No way I was going through that again.

I exited feet first into the ship’s holotheater and slammed and dogged the hatch.

The ship rocked with another explosive impact. The lights flickered, then stabilized.

“Right,” a British accent broke in, “what’s all this then?” The ship’s Hologram appeared before me, done up as a London Bobby. He waved a nightstick in my face. “What are you hooligans up to now?”

“I don’t know!” I snapped. “You’re the one with instant access to the main computer. You tell me! Call up a damage report!”

He stepped back, at attention, and stared at me a moment. Then his eyes went blank, losing their normal faux sparkle as he concentrated on tapping into the ship’s primary systems. His Bobby getup faded, revealing a naked physique like a mannikin, and his voice went all mechanical.

“Alien missiles. One. Two. The first struck primary crew quarters, behind the bridge. The captain is dead.”

My spine suddenly felt like jelly. “What about the First Officer? The Admiral?” I whispered.

“Last logged in their quarters, presumed dead,” he stated, emotionlessly.

I staggered backward, bracing myself against the bulkhead, and slid to a seat on the floor. “Can you hail the bridge?” I choked out.

“It was the target of the second missile,” he replied, flatly.

The hull vibrated with another distant explosion. A terrified cry suddenly filled my brain, then silence. That would be the ship’s Telepath.

“That hit Engineering,” the Hologram reported. The lights dimmed. “Power now at 49 percent.”

Suddenly the hatch to the Jeremy Tube above me cycled and reopened. A head popped out. The Cyborg.

“Ah. Excellent!” He said brightly, staring down at me. “At last. A human officer. Until we can raise someone else, I’m afraid you’re in charge, Sir!”

I gazed dumbly at him as he slid from the tube. He took a moment to straighten his uniform, then turned to the Hologram.

“Get a bridge simulation set up here,” he said, “to serve as an auxiliary. We’ll need to respond to the alien ship in kind, if we want to survive long enough to get the main drives back online and buffer the shields.”

The Hologram nodded, and bridge controls began materializing out of thin air. The Cyborg turned back to me.

“Are you with me, Sir?” He asked, offering a hand to help me to my feet.

I coughed. Swallowed. “Uh. Yeah. Sure,” I answered, taking his hand. “Just to be clear though, I get combat pay for this, right?”

So Who’s Going to Nexus?

“It is a characteristic of wisdom not to do desperate things.”