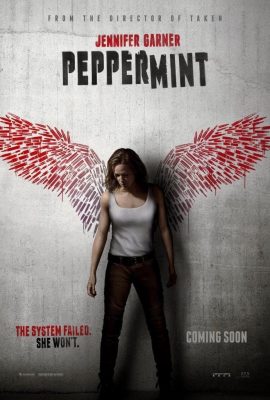 For the past many weeks, I’ve been mulling how simply living our daily lives promotes peace as a counter to war. Especially in this interconnected Information Age.

Though Consumerism can be deadly if we let it run away with us, at its basic level the simple act of buying food, enjoying a movie, traveling to visit friends or as tourists, going to work, and so on are acts of civilization, making the destruction of warfare less and less tolerable.

I’m no Pollyanna. I’m fully aware of how much Consumerism actually drives conflict over natural resources, and the killing that results.

But I also see how, for example, Putin’s war on Ukraine has punished Russia, galvanizing the West, prompting the EU to wean itself from fossil fuels, and how much we as citizens identify with the Ukrainian people.

War is increasingly distasteful to civilization.

That very fact that we are at last beginning to acknowledge PTSD in our veterans, compared to a century or two ago, even a generation ago, is another evidence. Such things begin to affect how we as a public make decisions, not the least of which is how we vote.

Again, I’m no Pollyanna. The progress of civilization is dreadfully, agonizingly slow. We humans didn’t even begin it until Çatalhöyük nearly 9,000 years ago. And it has taken these millennia to reach even a glimpse of “global village,” let alone the hope of beating our swords into plowshares.

But we do progress. And I’m thinking simple day-to-day life is perhaps the most impactful act of peace.

At least that is my hope.

“The original impetus for the open licensing of the d20 System involved the economics of producing role-playing games (RPGs). Game supplements suffered far more diminished sales over time than the core books required to play the game.” Wikipedia, “d20 System“

I think I sorta pissed someone off years ago by making this exact point. My opinion was based on the experience of watching GDW struggle to fund RPG supplements during my time there, and then TSR suffer the same.

The catch-22 is that (a) without supplements, customers lose interest in an RPG, and distributors don’t help by telling retailers your game is dead, but (b) only GM’s buy most supplements, whereas most everybody in the game group buys the game itself, so you’re doing the same effort (with, for example, the same cover painting expense), for a fraction of the market.

By handing off supplement publishing to an ever-refreshing pool of small companies (many just gamers with a one-book dream), WotC dodged that expense and enjoyed the unencumbered sales of core product.

Things like the “Community Content” section of DriveThruRPG are a more recent example of that farmed-out support.

I ain’t sayin’ this is a bad thing. It allows for a lot of diverse creativity. But it also explains why every new edition of a core game sets off tectonic waves among the small publishers putting out sourcebooks and adventures.

As Twitter (a) implodes under Musk’s whimsy, or (b) morphs into a far-right tool—muting journalists and progressives—or (c) both, I’ve been exploring other social media options, one of which is Post.news.

Earlier, in my Mastodon post, I mentioned being unenthused about digging into Post, because Mastodon has gained my attention more, and WordPress can integrally connect with Mastodon.

In retrospect, that laziness on my part was a shame, given that my Post account was approved early, while others still await approval. (To be honest, more “shameful” than “a shame.”) But I’ll return to that approval process in a bit.

Digging into Mastodon meant learning strategies for connecting with friends from other places, including Twitter. In the process, I discovered that many of the people I followed on Twitter, especially public figures, were moving to Post or setting up a second account there. Locating them was easy with the Twitter search phrase “post.news filter:follows.” (Thank you, Post user “Becca has ADHD” for sharing that!)

I’ll be keeping accounts on both Mastodon and Post. See “Tribes of Mastodon” for why there. In Post’s case, the reasons are less clear in my mind, but Post feels different.

Consider its purpose statement, “A Social Platform for Real People, Real News, and Civil Conversations.” A statement somewhat similar to Musk’s original stated aim to make Twitter “the de facto public town square.” Which he has since replaced with a mission statement as the “most respected advertising platform in the world.” I say “replaced,” because I don’t believe the two can coexist. Allow me a moment to compare those three aims.

As grammatically trivial as it might seem, the conceptual difference between “a” and “the” is enormous, especially “the de facto.” The article “a” is social, allowing alternatives. “The” is definitive, exclusive. The world doesn’t need a de facto social media any more than it needs a de facto language, a de facto government, or (in my line of work) de facto role-playing rules. (I’ll leave that last for a future post.)

“Real people, real news, and civil conversations.” In my experience so far on Post, all three are accurate. What especially stands out most for me is the news, though that may be a result of the types of people I’m following. Real people, yes, because each application is curated. Civil conversations, again yes, because that’s clearly stated from when you join, and comments are moderated.

Post strikes me as more sedate than other social media (in the Oxford Languages’ sense of “calm, dignified, and unhurried”). I’m encountering less frivolity. Not less friendliness, but in nowise chatter. It feels more like blogging, in part because the amount of formatting possible in each post is similar to the controls here on this WordPress site of mine.

Post is the very opposite of Hive. In an earlier post I likened Mastodon to a party spread through the many rooms of a mansion. In terms of that metaphor, I’d say Hive is a rave, with technological fires put out as they crop up. And Post might be thought of as preparation for a soirée.

I like raves, but you kinda gotta swim in the noise, without much hope for conversation, and sometimes the jostling hurts.

More casual parties in a multi-chambered estate are pleasant, too, though the topics are distinctly disparate, and I’m trying to track more than one.

And I’m not yet certain what this soirée is all about. The tech is being rolled out slowly, making sure each thing works as it’s supposed to, including the human interaction. But it’s fun to watch the preparations and decide which vantage point might best suit me.

But let me emphasize, these impressions are only that: impressions. Of a fellow dipping his toes into each new venue as real-life allows. Over the past many weeks, Chez Smith and Hofpar have gone through two bouts of covid, a wellhouse fire, frozen pipes, and my own transition through new focal seizure meds; and in the duration of all that, I’ve also been busy continuing to design and publish games. So this blog post is the comments of a preoccupied generalist, while others are enjoying the deeper dive of a specialist in one service or another. I’m just musing. YMMV.

“Human language is like a cracked kettle on which we beat out tunes for bears to dance to, when all the time we are longing to move the stars to pity.”