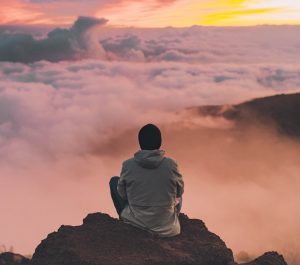 For many, abortion is the single-issue voting topic. It galvanizes the right and cripples the left.

Before we begin, let’s get it out on the table that because I’m writing, it means I think it self-evident that guys deserve some say in the matter.

Okay, on to the main topic. I’m pro-life. I’d like to see Roe v. Wade overturned. But I also believe that most pro-lifers are themselves accomplices to murder.

Let me start with the first of those two ideas, because it’s shortest to address. Despite my irreligious humanist socialism, I think human life begins before the second trimester of pregnancy. Debating exactly when is fairly pointless; the point is that if a pregnancy is artificially terminated, it is by definition a convenience abortion, and I believe that’s an immoral act.

It pains me to say so, but even in the case of rape. This also seems self-evident. So much of what we suffer in life is inflicted by other people, from crippling hit-and-run accidents to careless spread of disease. Punish the rapist, support the victim, don’t punish the new life. But what I say next bears on this topic as well.

Why do I believe most pro-lifers are accomplices to murder? Several reasons, but let’s begin with the most obvious: support of the death penalty. It seems self-evident that if even one innocent is executed—even one—that’s a murder every bit as much as pro-lifers describe abortion. Which means that voting for execution is a murderous act.

(Note that since 1973, reports are that somewhere between 145 to 165 death row inmates have been exonerated. That’s the living ones. Once a person’s dead, the justice system stops looking. Which is why estimates are that roughly 1 in 25 death sentences are for innocent people. Debating how many actually are is pointless, because let’s be honest, you and I both know it’s more than zero.)

But let’s not stop there. Pro-life argues that society is responsible for enforcing life in utero. What makes pro-lifers think that society’s responsibility stops there? It seems self-evident that if even one child dies from lack of food or healthcare that’s negligent homicide.

Then there’s the topic of Black Lives Matter. Conservative resistance to this movement betrays an ignorance of something again utterly self-evident with any examination. Letting it continue is negligent homicide; actively opposing it is accessory to murder.

Now, because so many pro-lifers self-identify as Christian, let’s turn to the Bible.

What does the Old Testament say about abortion? Nothing. Lots of things about sex, like cutting off a woman’s hand if she grabs a man’s testicles in a fight. And one bit in Exodus 21:22–23 about punishment for “serious injury” to a pregnant woman in a fight, which in its parallelism of sentence structure pretty clearly refers to the mother, not the fetus. For people who point to “Thou shalt not kill” as banning abortion, obviously that also bans the death penalty.

How about the New Testament? Nothing. Not one word from Jesus, nor the apostle Paul, nor any of the other New Testament writers. Even if we read the Golden Rule as applicable to abortion (and I do), it cannot be denied as applying equally to an innocent facing execution, and to Black Lives Matter.

Remember, I’m pro-life. But you won’t catch me using the Bible for justification. It doesn’t.

Both testaments do say a lot about caring for the poor. Old Testament law in particular speaks not just to individual responsibility, but also as a societal commandment.

“Our major obligation is not to mistake slogans for solutions,” says Edward R. Murrow. If we pro-lifers are going to effect change, it can’t be by shouting down people’s throats and making death threats. It can’t be by making abortion our single criterion for voting. It can’t be by supporting or even ignoring government killings. Nor can it be by legislation that ignores driving women to back-alley abortionists.

It must be by embracing life. All life. From conception to death.

“One in 25 Sentenced to Death in the U.S. Is Innocent, Study Claims” https://bit.ly/3iHxrnY

“Cruel, unusual, and costly – American conservatives are pushing for the repeal of the death penalty” https://econ.st/30WtfKP

Photo by Ian Stauffer on Unsplash

“Wealth consists not in having great possessions, but in having few wants.”