These limited-edition books and dice, bookmark and biz card games, and character cards and bookmarks are not available elsewhere. The premium D13 RPG books and D6xD6 Doubledice will never be reprinted, so now’s your chance!

(For unlimited-edition books and card games, see my worldwide Lulu catalog, and Lester Smith Games on DriveThruRPG and DriveThruCards.) 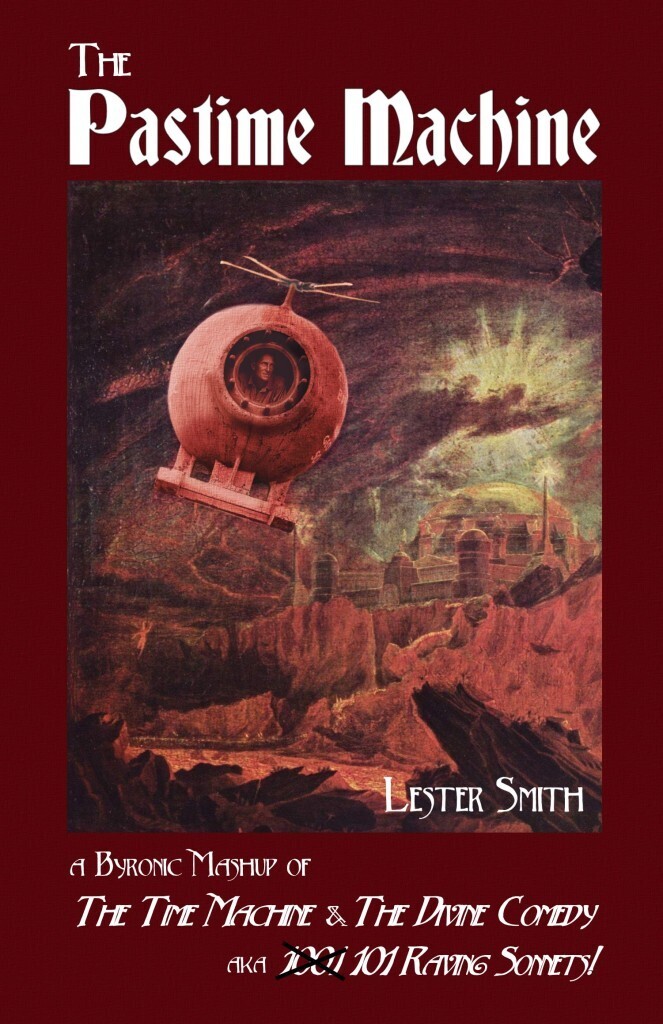 The Pastime Machine: A Literary Turducken

Want to write a book no one will read?

Start with two books no one reads: The Time Machine and the Inferno. Jam one inside the other, then jam the Odyssey inside them both. Stuff that turducken with chunks of Poetic Edda, some Egyptian funerary texts, a whole lot of Bible, Shakespeare, and far too many asides about Byron.

Then write the entire thing in sonnets.

I'm still laughing. So did my editor. Here's the actual catalog copy on Amazon.

After inventing a trans-dimensional vessel, a Traveler embarks on an epic journey to Hell and back, then sets his sights upon attaining Heaven. Along the way he stumbles through a number of other mythologies and is changed beyond his imagining — while inadvertently opening a route for corporate expansion. But in the end everything works out according to plan.

Except the Traveler never had a plan.

The Pastime Machine is a mashup of Dante’s Inferno and Wells’ The Time Machine in the style of Lord Byron, with bits of the Odyssey, the Poetic Edda, Egyptian funerary text, and of course the Bible, plus a nod toward "A Midsummer Night’s Dream." It’s NSFW from page one, lampoons everybody including its author, and then kills them off ignominiously in text. It's got a nude giant. And it’s written entirely in sonnets.

It took me two years to write. You can probably read it in two hours. But not if you want to get all the jokes!

Save this product for later
Display prices in: USD

“In our age there is no such thing as ‘keeping out of politics.’ All issues are political issues….”